a PSSD interview with Anna from Croatia 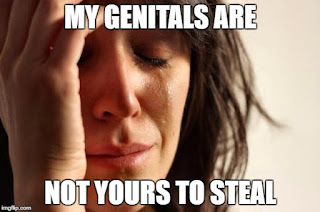 This is a PSSD interview with Anna. She is 22 years old from Croatia, Zagreb.

Anna: PSSD is a state caused by antidepressants and antipsychotic drugs in which you lose totally or completely, lose yourself sexually, permanently. Often it not only causes loss of sexuality, there is a loss of emotions like love, passion, sexual attraction and enjoyment...

Daryl: How did you come into contact with the doctor that prescribed the spoken psychiatric drug poisons?

Anna: My sister firstly saw him, then it was another psychiatrist (closer to her home). I went to him for about 1 year. In that year I took Zoloft for half a year and I didn't have repercussions. I fell into major depression and he prescribed me Prozac in July. I didn't want to take it because I knew about PSSD but my mother forced me. I thought I will take it for only a few weeks because of my mother. I hoped a few weeks wouldn't cause me that damage.

Anna: No, he even didn't try to speak with me. He saw me – I was so bad and just prescribed me it. Then on the phone my mother forced me to be on it or if I wouldn't take it that they would send me to hospital.


Daryl: Did this doctor inform you that the Sexual Dysfunction alteration to your body may be permanent?

Anna: No. When I told him what happened to me he didn't believe me. I told him it has caused PSSD and he said he never heard of it before. I don't know if he was lying, or he really didn't know about it.

Anna: It is hard to say when it become numb. After two weeks on Prozac my emotions disappeared. I started dating with one cute boy. He kissed me but I couldn't feel anything. I continued dating. And I don't feel anything when he kisses me, or when he touches me. I was frustrated and begged my mother to let me go off Prozac. She didn't want me to. When I finished a whole box dosage of Prozac (28 tablets) she bought a new box. I threw it in the rubbish. The first 2 weeks I was off of it I didn't care about sexual dysfunction. But after two weeks I saw there was no improvement. And then I realized my genitals are numb.

Anna: This is the most scariest thing in my life.

Daryl: Did any psychologist, counselor, mental health worker or doctor or psychiatrist ever report this severe life altering adverse effect to any adverse effect report agency?

Anna: I think not.

Anna: No, I only had insomnia. Because Prozac (fluoxetine and it's active metabolite nor- flouxetine) have a really long half life, about 2 weeks. In other antidepressants the half life is 1 or 2 days. People who went off Prozac don't have a lot of withdrawal problems.

Anna: It is one of the worst feelings in this world. I feel like a big part of me is gone forever.

Anna: Definitely, it is more cruel.

Anna: Antidepressants doesn't exist. There is only chemicals that numb your emotions and it may have permanent repercussions (PSSD, anhedonia). Psychiatrists and pharmacy call it antidepressants. Here is another dangerous drug – antipsychotics. Psychiatrists lightly prescribe it to anyone.