a PSSD interview with Dan from England 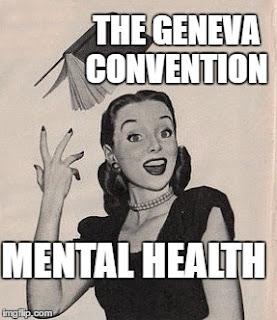 This is a PSSD interview with Dan from Birmingham, England who was 17 at the time, but is now 22.

Dan: PSSD is a collection of life-changing symptoms that are the result of endocrinological disruption from previous SSRI usage. The most noticeable symptoms are severe dysfunction in all areas of sexuality. I think PSSD is permanent until a cure is found.

Daryl: How did you come into contact with the doctor that prescribed the spoken antidepressant?

Dan: My parents thought I was depressed and urged me to see my GP. I went and although he didn't think I was depressed, he still prescribed me fluoxetine hydrochloride (Prozac). I later found out it is against NHS guidelines to prescribe SSRIs to adolescents without a diagnosis of depression and therapy.

Dan: No. He told me about other less common side effects (EG suicidal ideation) but not sexual dysfunction.

Dan: Haha. Of course not.

Dan: No, he didn't mention sexual dysfunction until I brought it up and then told me that if it happened switching to a different medication would definitely resolve it. I had doubts about taking the medication but I stupidly trusted doctors and thought they would never hurt me, and my life is ruined as a result.

Dan: It might have. I know now that Prozac patient information leaflets in some countries have mentioned irreversible sexual dysfunction since 2013 (the year I first took SSRIs) but as the doctor told me it was impossible and I trusted him I didn't read all the small print. It's the biggest regret of my life. Medical professionals even today never believe PSSD is possible even if you point out that some manufacturers now mention it.


Daryl: When did you notice your genitals start to go numb?

Dan: Within the first day of taking the meds, total impotence and the annihilation of my libido ensued in the next few days.

Dan: It's the worst thing in my entire life and one of the worst things that can happen to people. For now I have no sexuality at all and of course that impacts on your life in every other area profoundly. I am still destroyed by this and ruminate over it daily 5 years later. Unless a cure is found for PSSD I will die a virgin. I will probably never have a relationship.

Dan: It took a while. I tried to put it in the back of my mind and downplay the severity but after a year or so it hit me; 'I'm 18 and I have been chemically castrated, I might go my entire adult life with no sexual realm at all.'

Dan: With one exception, of the psychiatrists, GPs and other NHS staff I have spoken to since don't believe in PSSD. They get angry at me for suggesting that their medication did this to me and deny it in my medical notes even when I specifically ask them not to. They treat it like a tiny issue and ignore how severe the dysfunction is.

Dan: No. There was one sexual health specialist I saw who was aware of PSSD. He told me that he would contact my GP surgery explaining my problems and their cause, but he never did. He made no offer to report this to the MHRA Yellow Card scheme or any other agency. He refused to prescribe me anything at all to help. Basically he wanted me gone, to ignore me and what his system has done to me.

Dan: I can't remember exactly but it was just a few weeks, a month at most.

Dan: It ruined my life totally. I was 17, on the verge of becoming a man and experiencing the world, and suddenly a lot of it was closed off to me, one of the most vital parts of my existence was stolen from me.

Dan: Like I said, I still cannot stop thinking about PSSD even 5 years later. I am 22 and incapable of having, or even properly wanting, sex. I have not found one remedy to PSSD so far that would enable me to have sexual intercourse. This of course means that it will be nearly impossible for me to find a girlfriend, and I believe I'm actually incapable of loving anyone romantically any more.

Daryl: Did you experience a drug withdrawal from the antidepressant?

Dan: I can't remember. I've blocked a lot of that period of time out of my mind and it was a long time ago.

Dan: Nothing, no financial compensation and no attempt from anyone to even try and help.

Dan: 10. I don't feel properly alive, I think about suicide every day. Most of my life has been stolen from me.

Dan: Yes. My genitals are totally numb and I never ever think about sex except in an artificial way when I'm ruminating over PSSD.

Dan: SSRIs are pure poison. Even for the majority who don't get PSSD, they still have numerous horrible side effects that are very common. SSRIs are about as effective as placebos in actually treating depression too. All this for profit, psychopathy is exactly what it is.

Dan: If you take SSRIs, this could be you. There's no way of knowing until it happens