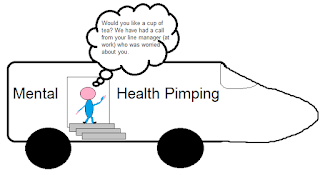 Yes Google gives you sexual dysfunction, via Pfizer. Via the same format of forms that parents eventually kicked out of their children's schools in the TeenScreen program in America, certain mentally unhygienic search results in Google will now prompt you for an appointment with your local doctor. A general drug dealer, the specialist at all life problems, such is their knowledge. 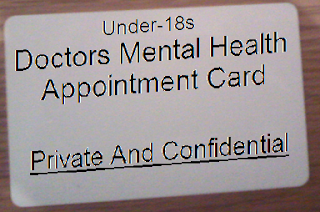 We should also all know, despite the heavy investment in 'mental health charities' and 'minds' and supposed 'suicide prevention' that causes erratic behavior and suicidal and homicidal behavior. The drug companies also work in deep collaboration with our western governments. Sometimes through global organisations set up by very devious psychiatrists including known Nazi's like the World Federation Of Mental Health (WFMH) through the World Health Organization (WHO)... Through the United Nations (The UN).

Whilst also building up databases on us, supposedly taking care of our well being or more like taking care of hiding and covering up the amassed humanitarian crimes supposedly termed side effects. The drug companies also take care of and fund our drug regulators. As well as staff them, making sure we hear as little about them and even their obtuse existence as possible. As they are of course bedded with training our doctors and organizing our medical system. They also build up their own private crafts against us as well.

In fact Permanent Sexual Dysfunction from so called Antidepressants is not even mentioned on the leaflets, that was well taken care of... much like the homicidal inducing out of character states it induces in children, that later turned up in 'some court'. Apart from a small hint in some countries on just one SSRI prozac/fluoxetine leaflet worded like 'sometimes sexual dysfunction may occasionally persist after discontinuation'... as there is also an unspoken of 'discontinuation syndrome' bam wallopp by the doctor mafia. Who is there to help of course. Get your help. Not your street fix. You might survive an occasional street fix. But a long term expectation of brain chemistry altering chemicals every day without fail doesn't take a genius to work out you might get one of those. A 'discontinuation syndrome'. More commonly known to the heroin addict community as 'cold turkey'.

Soon the United Nations will over-ride the EU and its counterparts and we'll all be holding hands watching 'brave new world' and taking our sexual dysfunction happy pills on demand with a smile. Nothing like a World Health Organizations globe like symbol stretching its sweaty paws across the whole planets testicles for the rest of eternity. Prior resistance to the mental health state will very soon land you in jail if you don't speak out now.