a PSSD interview with Rohan from India 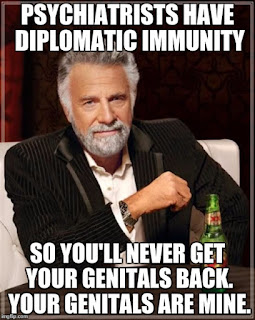 This is a PSSD interview with Rohan, 22 years old from India, Shimla.

Rohan: In my words pssd is damage caused to my genital by ssri by which I can't feel libido and it affects my erection.


Daryl: How did you come into contact with the doctor that prescribed the spoken psychiatric drug poisons?

Rohan: By the internet.

Rohan: He has even not accepted the sexual dysfunctions which really happens to me.

Rohan: No the pharmacist said I don't have any leaflet. He only gave me a strip of drugs, not even a box.

Rohan: So scary that I started breaking my household things and shouting "why did I take it". When I go outside People started staring at to me due to my sadness. Feeling is just like I had lost some of my body part.

Rohan: They totally deny that it is due to meds. One psychiatrist say it is due to bicycle riding and one say it is my thoughts that causing illusion.

Rohan: No they shout at me saying that there is no such agency where I can report it.

Rohan: Worst I lost my Job, my relatives, my friends, my soul, my personality, and my bank balance.

Rohan: Now I am still remaining at my home most of my time. Searching in the web for sexual improvement. I have completely lost trust towards the medical professional. And I am so scared to take a meds for cold also without researching it's side effects.

Rohan: No I tried to complain about that psychiatrist through the web. They call me and say "there is no use of complaining. Your sexual functions will get revealed before the public if you complain". After regularly asking for compensation to the psychiatrist for health recovery and for a sake of humanity He gets angry and says "yes drugs cause you that do whatever you want. We all psychiatrists have unity No one will accept this." And he order her compounder and other patient to throw me away from his clinic.

Rohan: 9. At least I can think of improving my sexuality.

Rohan: Yes very cruel. It can ruin ones life.

Rohan:Yes First avoid any meds if it can be cured naturally. If you want to take drugs use the internet to check it's side effects. And even in net if you can't find side effect but you feel side effect then stop talking it immediately because in clinical trials people don't always tell truth and it is not recorded.

Support the Rxisk.org Prize Campaign To Cure PSSD by Pledging To The Prize Fund