a PSSD interview with Johnny from the USA

October 11, 2017
DISCLAIMER: Since giving this interview Johnny has died 1 year later. He could not cope with living with the ramifications and torture Post-SSRI Sexual Dysfunction had on his life and the people around him. He was just 23 years old. 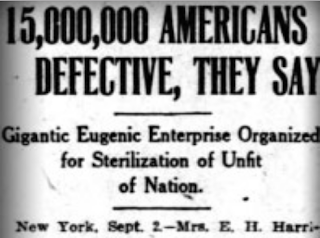 This is a PSSD interview with Johnny from New York, USA. He is 22 years old.

Johnny: PSSD is the persistent damage that antidepressants and antipsychotic drugs do to the brain so the sexuality is impacted by this damage. This is the worst thing that can happen to anyone.

Daryl: How did you come into contact with the doctor that prescribed the spoken psychiatric drug poisons?

Johnny: He indirectly said that they can cause sexual dysfunction but he didn't tell me that it can be persistent after discontinuation

Johnny: No he didn't said that.

Johnny: No he didn't.

Johnny: After some hours of taking the first dose, I felt that my genital went numb. I barely could feel sexual pleasure.

Johnny: This is my worst nightmare. I still can't believe that this has happened to me. I never thought this ever can happen to someone by taking the drugs that are considered and advertised "safe". I am still in shock.

Johnny: After noticing the sexual dysfunction, I searched about the sexual side effects of these drugs and found some articles about PSSD. I decided to stop taking them. After 14 days of being off the drugs, I noticed that nothing had changed. I started thinking that this is a permanent dysfunction these drugs caused me.

Johnny: He said that PSSD is not documented and that he had never heard of it. He said that my sexual dysfunction was because of my depression and as I get rid of depression, everything should back to normal.

Johnny: I was on Fluoxetine and Clomipramine for 14 days.

Johnny: It made me so depressed and shocked. I lost my appetite completely. I couldn't function anymore.

Johnny: PSSD has literally paralyzed my life. I am always depressed and suicidal. I attempted committing suicide several times. I was hospitalized because of my depression caused by PSSD for 14 days. I am thinking about dropping off. I can't stop thinking about this tragedy and how it all started.

Johnny: Yeah, it feels like I don't have my genitals anymore. My sexuality is lost.

Johnny: I would say it is more cruel and should be stopped as soon as possible.